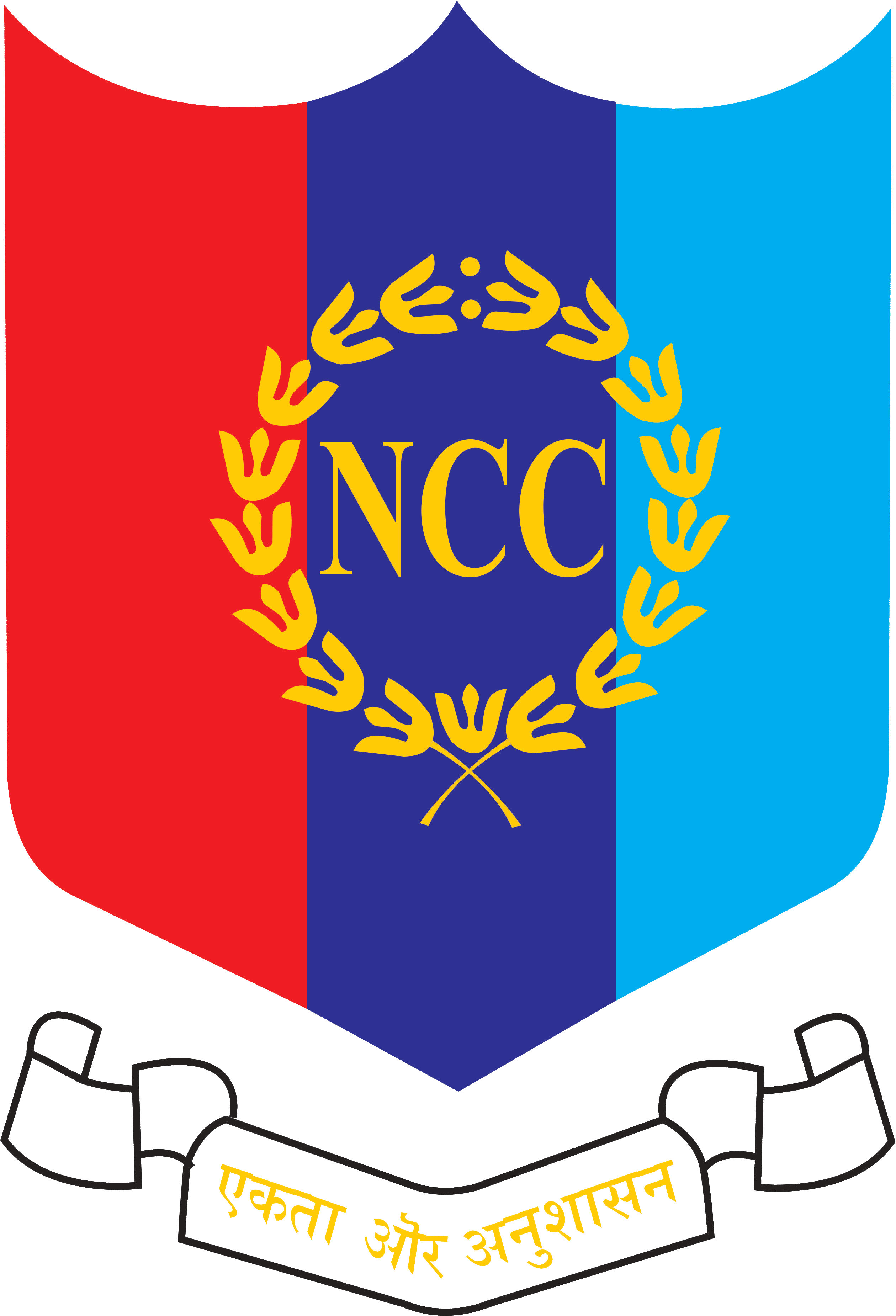 The National Cadet Corps is one of the largest youth organizations in India. At present, NCC has a strength of over 13 lakh students . National Cadet Corps is a Tri-Services Organisation comprising the Army, Navy and Air Force, engaged in grooming the youth - "The Leaders of Tomorrow" - into disciplined and patriotic citizens. The genesis of the NCC can be traced back to the First World War and the enactment of the Indian Defence Act of 1917. It was under one of provisions of this Act that the University Officers Training Corps was constituted as a wing of the Indian Defence Force. The aim was to create an organisation with the primary purpose of molding the youth of the country into better citizens. It was expected that that NCC would be a second line of defence and that it would serve as a large pool of trained youth, available for employment into the Armed Forces. 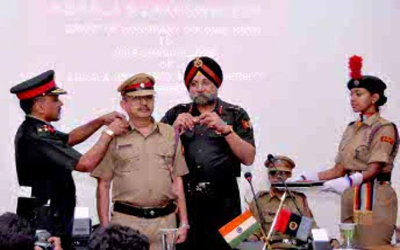 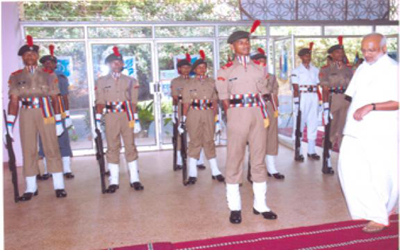 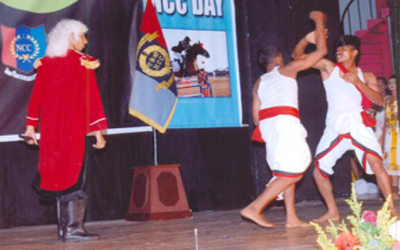 After independence the present day NCC under the Ministry of Defence came into existence on 16 Apr 1948 through NCC act XXXI, 1948 . It was on the recommendation of a committee headed by Dr. H.N.Kuzru that the Corps was formed. NCC was formally inaugurated on 15 Jul 1948 as soon as the schools and colleges reopened after summer vacation. The Girls Division of the NCC was started in Jul 1949. In 1950 Air Wing was added on 01 Apr with one Air squadron each at Bombay and Kolkata. The Naval Wing of the NCC was raised in Jul 1952, thus completing the true representation of all services in the Corps. Presently, NCC has approximately 13 Lakhs Cadets under its fold.

The NCC is not a para military organisation. It is a youth movement. It has enormous potential for nation building and has developed into a valuable auxiliary to the education system. Nearly 12,000 teachers/professors from the educational institutions all over the country , referred to as Associate NCC Officers, constitute the back bone of NCC training staff. The NCC provides exposure to the cadets in a wide range of activities, with a direct emphasis on social service, discipline and adventure training. With the motto "Unity and Discipline", NCC continues to inspire c generations of students all over the country.Click here to go to the official web site of N CC- http://nccindia.nic.in/index.htm

NCC in the University of Kerala

The University of Kerala has the honour of having sown the seeds of NCC much before it came into being in the country. The Travancore University Labour Corps (TULC), organized in September 1939 can be said to be the progenitor of the NCC. It was formed to inculcate in youth a sense of dignity of labour and to impart to them, military training. His Highness, the Maharaja of Travancore and Chancellor of the University was the Commander –in –chief of the Corps and Lt.. Col Goda Varma Raja, its Officer Commanding. The cadets were recruited from local colleges, and membership in the Corps was recognized as sufficient qualification for recruitment to the State forces. In 1943-44, the name of the Corps was changed to Travancore University Officers Training and Labour Corps, to conform to the nomenclature of similar organizations in the country. When the Government of India formally inaugurated the NCC in 1948, the Corps was disbanded and the Travancore Battalion NCC was started in March 1949 , At present, NCC units function in 92 colleges under the University of Kerala.