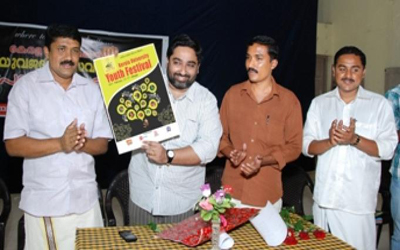 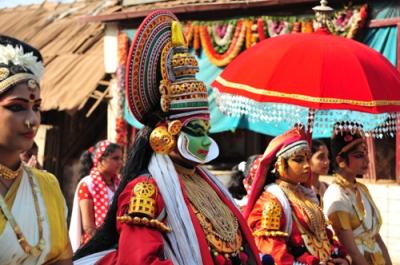 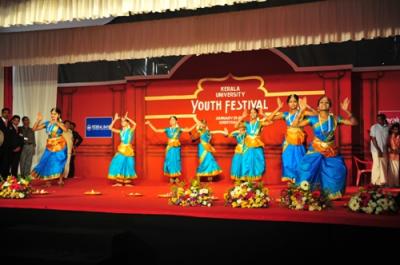 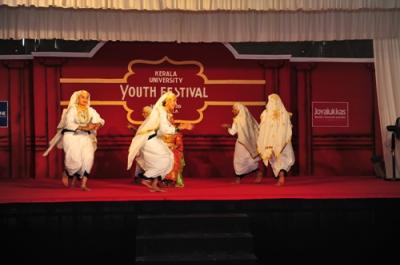 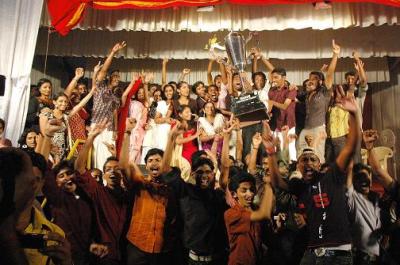 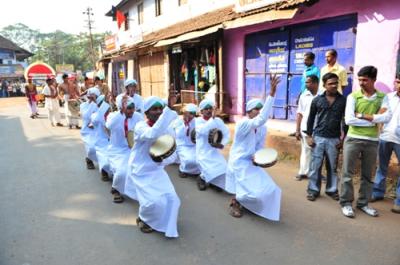 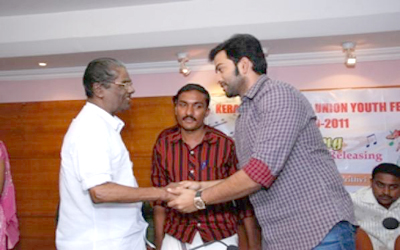 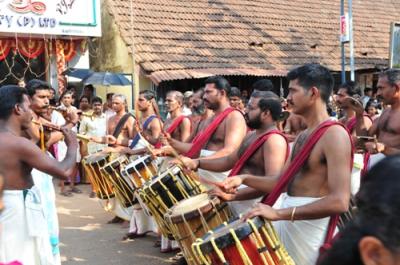 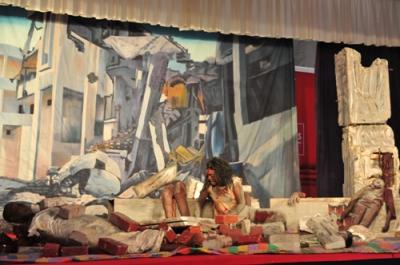 The objective of education is not just to impart academic knowledge, but also to ensure the overall development of students. Education is complete and achieves its purpose only when the students become equipped to meet the challenges in every field of life, be it educational, social or cultural. The Kerala University Youth Festival, organized annually by the Kerala University Union, provides an unparalleled forum for the students to test their intellectual and artistic prowess. The opportunity that the Youth Festival offers them to exhibit their skills and talents in the field of culture, literary and other activities on a common platform certainly helps to facilitate their overall development. It opens before the students, new vistas of competition and at the same time, shows the strength of camaraderie, the pleasure of participation and the satisfaction of being part of one of the largest celebrations of their student life. What makes the University Youth festival special is that it is an event fully organized by the students themselves. Every moment and activity of the Festival are planned and carried out by the students, with the guidance and support of the Department of Student Services. The Festival is conducted in different locations each year so that the spirit of the celebration reaches all the four districts where the University has its affiliated colleges. The competitions which last for nearly a week, are conducted simultaneously in at least half a dozen venues, named after the famous artistes and writers of the State.

Though arts festivals were conducted by the Students’ Union in the earlier days of the University also, those events had not won the popular appeal that the youth festivals of today enjoy. It was during 1970-71 that the University Youth Festival was reorganized in the present form, in terms of participation. The event is conducted strictly in accordance with the Rules framed by the University, for the impartial conduct of the contests. Initially, the student who scored the maximum points was declared Individual champion of the youth festival. In 1984, it was decided that separate individual positions be awarded to the male and female contestants, who are declared Kalaprathibha and Kalathilakam respectively. The department or affiliated college scoring the highest points is presented with an overall trophy.

The students who won the top positions in the University youth festivals of the recent years have become professional artistes, and have made their presence felt in the art and cinema scene of Kerala. In fact, the Kerala University Youth Festival has become the arena that regularly identifies the stars of the future. The Festival venues attract many film makers and patrons of art who step in to identify the stars of the future. Many film stars, writers, artistes and cultural leaders also grace the event with their presence. Most of them come not as celebrities, but as contestants of yesteryears, just to relive their student days and to feel the pulse of those moments when they too performed on such stages, with a chest number pinned to their dress.

Get Trophies and Marks!

The winners at the Kerala University Youth Festival are offered the opportunity to take part in zonal and national level festivals. In addition, they are entitled to get grace marks in the University examinations, which is a great bonus for the participants of such festivals. The winners can submit their mark lists at the Examination section concerned and get their grace marks included.

Percentage of Grace Marks to be awarded

The Kerala University Youth Festival conducts competitions in 62 items, which are classified under five sections, namely, Music, Dance, Theatre, Literary and Fine Arts.These contests are held by strictly adhering to the Rules framed for the conduct of the Fest. Disputes, if any, are considered on the spot by an Appellate Committee, chaired by the Pro Vice Chancellor.