Foreign Students at University of Kerala

The academic system of the University of Kerala is traditionally modeled under the old British system, but of late has been transformed to a more current and internationally understood choice-based credit and semester system. The University encourages students to apply for admission sufficiently early, preferably before March of every year. The deadlines for application are as follows:

Specific queries if any, should be emailed to head of the department concerned (please see the Depts and Centres link in Home Page). The fees for the Programmes vary from US$ 200-600/semester for graduate programmes (BA/BSc/BTech etc), US$ 300-750/semester for Masters (MA/MSc/MTech), US$ 450-900/semester for MPhil Programmes. For PhD the fees varies from US$ 1200-2000/year. In addition, admission fee of US$ 50 and Registration Fee of US$ 100 are also applicable. The detailed guidelines for admission and the application form are available in the following links. 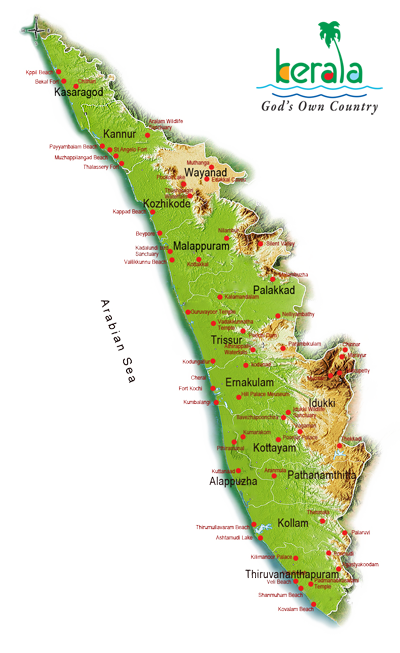 Kerala, located on the south-western tip of India, is one of the top 50 tourist destinations of the world (selected by National Geographic Traveler). Kerala, fondly called God’s own country, is blessed with striking greenery, tranquil stretches of backwaters, lush hill stations and exotic wildlife and a long sea coast with serene beaches. It has a moderate climate that almost anyone can easily adjust. No special clothing is required to live in Kerala. In the city of Thiruvananthapuram (Trivandrum) where the University is located, the warmest it gets (March-May) is around 36°C and the coldest is 22°C. The heavy rains of the Monsoon arrive in June-July and Oct-Nov is also rainy. The humidity is relatively high because of the long sea-coast.

Compared to major cities in the world, Cost of Living is quite affordable. The nearest metropolitan city to Trivandrum, Chennai ranks 136th in the world in cost of living, in 2009.

Kerala has a unique culture of peaceful co-existence of all religions. Its religious mix is quite unlike the rest of India. It has about 50% Hindus, 25% Christians and 25% Muslims. Christianity in Kerala is believed to be dating back to AD52 and Islam took roots during the time of the prophet himself. Successive governments also practice special schemes to protect minority communities and disadvantaged groups. Gender balance is heavily in favor of females in Kerala, with its tradition for leadership among women (in 1816, a part of Kerala had a queen who was 13 years old). In the Kerala University also one will see that most of the Departments have women students outnumbering men. Freedom of student activities is encouraged and protected. Students have representation in every body of authority in the University. Democracy is vibrant – Kerala has voted out of power almost every Government in the past 30 years. Freedom of expression is given prime importance.

Drug abuse is a serious crime in India. Alcohol consumption is prevalent in Kerala, but heavily discouraged by the society. The Government itself has outlets to sell liquor to prevent spurious liquor from circulation. Kerala has no legal recognition for gay and lesbian relationships. No specific dress code is enforced, but visiting students and faculty are advised to conform to norms they can easily observe, to avoid receiving and giving unpleasant culture shocks. Classical art forms, colourful festivals, Ayurveda, the ancient Indian system of medicine and Panchakarma, the rejuvenation therapy in Ayurveda go along with modest super-markets, clubs, play fields, cinema theatres. Food is traditionally spicy and hot. Rice and Indian bread (Chapatti and Parotta) are very common. Of late, non-Indian cuisine is increasingly available. Coconut is generously used in cooking, as both paste and oil. Both vegetarian and non-vegetarian (Chicken, beef and meat are all popular).

Hear what some of our foreign students / faculty have to say about studying / teaching in University of Kerala.